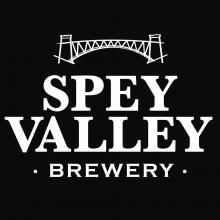 The Spey Valley brewery was founded in 2007 by David MacDonald, a Distiller and a Farmer and is located in farm buildings at Mulben near Keith. Now greatly expanded since its small beginnings, their beer may now be found in several pubs in Aberdeen such as the Prince of Wales, Krakatoa, Queen Vic and also in the the Aberlour and Craigellachie area. Beers include Sunshine On Keith, David's Not So Bitter and Spey Stout.