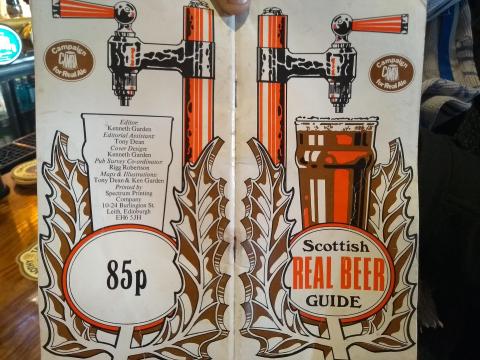 In 1981 CAMRA Scotland published a booklet called the Scottish Real Beer Guide. That guide contained a list of pubs in every Scottish city where Real Ale could be found, including about 20 in Aberdeen City and Aberdeenshire. Some of those names brought back nostalgic memories for pubs long gone. Others still trade but under different names, while others still trade with the same name but alas the real ale is no longer present.

Only 3 pubs from that 1981 guide still trade as the same pub and have continued to sell Real Ale for the entire period. Those pubs are:

On Saturday 27th November 2021, the branch decided to recognise this achievement by holding a pub crawl to visit those 3 fine establishments. Unfortunately this coincided with the arrival of Storm Arwen !  Nevertheless nine snowy and wind-battered people congregated in the bar at the Ferryhill House Hotel, where we found Orkney Corncrake and Taylor Landlord. A stiff walk followed up to the Grill for Orkney Wave Breaker and Stewart Jack Back. Finding vertical drinking not altogether comfortable in the covid environment, it was then along to Under The Hammer for more Landlord and Fyne Ales Jarl.

Once the weather abated it was time to move onto Ma Camerons, where unfortunately the small bar has not yet re-opened to the public. Some blame covid, but a shortage of staff seems to be a more plausible reason. The wee snug can be used for seating but the beer is found through in the back bar. Lamenting the (hopefully temporary) closure, we all had Orkney Northern Light which was wonderful and a strong candidate for pint of the day.

Finally onto the Prince of Wales for some Cromarty Hit the Lip, Windswept Blonde, and Mor Auld Money, where we whiled away the time until being asked to make way for a large party that had booked all of the front parlour area. Not too much dissension, because it was about time to go home for a snooze.

Some commented that it was interesting that the most prevalent beers in the city this weekend appeared to be from Orkney and Redcastle breweries (although none of our party drank anything from the latter). 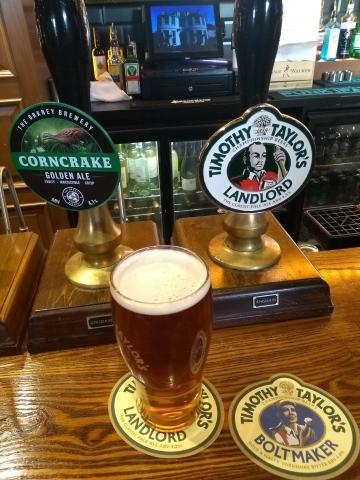