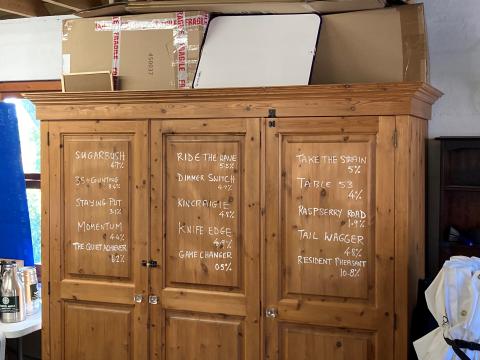 Twisted Ankle is a micro-brewery situated in Coull in the beautiful Howe of Cromar, near Aboyne, Aberdeenshire. It was started by Roger Maslen, a Welshman who moved there in 2017 having retired from the oil industry. The brewery is in a garage – it’s clean and water and wind tight with new doors fitted to keep out the mice.

The brewing equipment equipment was acquired from Grainfather. It’s a small operation; the largest brewing vessel is just 70 litres. Roger attended the 3 week Brewlab course in Sunderland and has read extensively about the process. In addition, he has been viewing the You Tube videos that Grainfather provide as part of their training. Otherwise, he has no background in brewing.

Raw materials are acquired from various UK sources and the hops are in both pellet and whole form – some of which he grows himself. The yield from his own bines was pretty healthy last year but seems to be doing less well this year – Fuggles looking a little healthier than Challenger, but both have suffered from this year’s near drought. He plans to plant more hops.

So far, all production has been bottled ales, all 330 ml. He has just increased his selling price at the local Aboyne, Ballater and Braemar Saturday markets to £2.75. Larger 500 ml bottles, growlers and mini-kegs are being investigated. A range of 15 beers is available, shown in images below.

A web site is being worked on and he’s planning internet sales by the case. 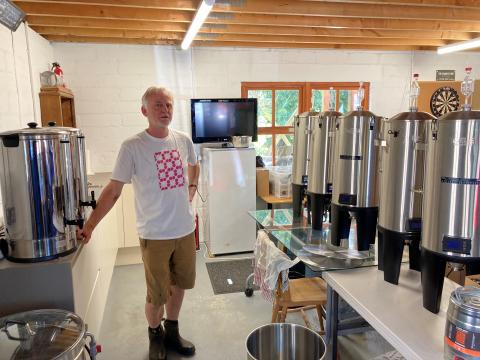 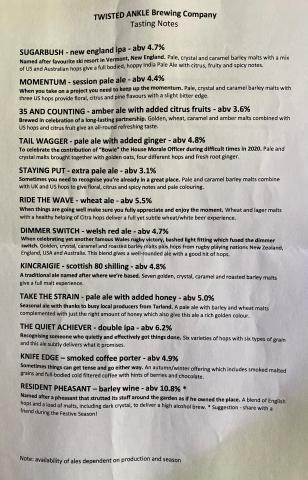 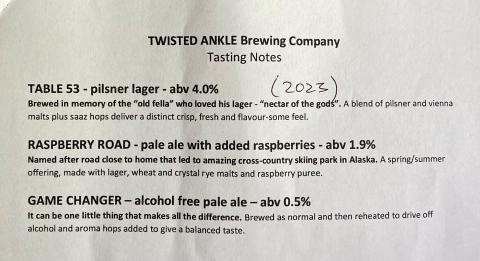