Under the Hammer Again 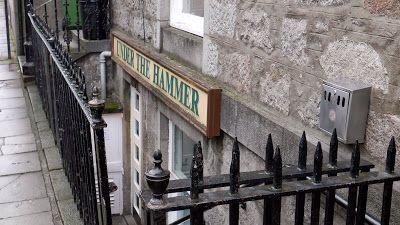 Aberdeen hospitality operator, The McGinty’s Group, has announced it will be taking over city centre pub, Under The Hammer, following its closure last year due to Cornavirus.

Although Under the Hammer was primarily a wine bar, it also served up to 3 real-ales in fastidious condition. The bar also exhibited work from local artists. The concept for the new-look Under The Hammer is yet to be released, and we hope it will not deviate too much from the successful and much loved vibe it had before.