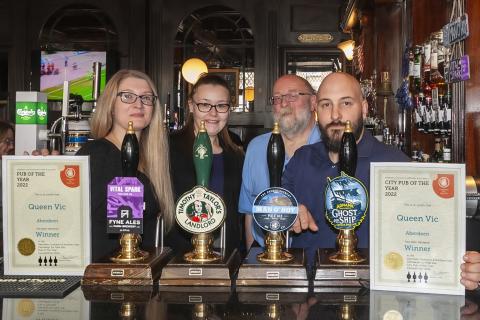 The Queen Vic in Aberdeen has placed third in the Scotland and Northern Ireland Pub of the Year competition.

Every branch nominates their champion pub for the national Pub of the Year competition, and these pubs all compete against each other. The Queen Vic was nominated earlier this year as the entry from Aberdeen and Northern Isles branch.

The judges came from Tayside, Renfrewshire, Forth Valley and Ayrshire & Wigtownshire branches.  Congratulations to the Commercial Inn on their success. That pub will now progress to the “Super-region” round of the national PotY competition.