Tax Breaks for containers under 40 litres? 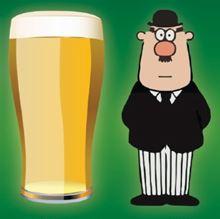 New research from the Campaign for Real Ale shows that Chancellor Rishi Sunak’s plans for a new way of taxing alcohol excludes many small brewers and cider producers.

The changes, announced in last year’s Budget, offer a different rate of taxation for beer and cider served from draught in order to encourage people to drink in and support local pubs and other licensed venues.

However, the tax break is only applicable for beer and cider served in containers of 40 litres and over, which excludes many of the country’s finest small and independent brewers.

CAMRA is urging Chancellor Rishi Sunak to change his plans to ensure that all consumers, pubs, and small, independent producers can benefit. By reducing the container threshold to 20 litres and over, he could ensure that pub goers have access to a better choice of quality, local and independent beers and ciders, as licensees can sustain quality using smaller containers.